Pupils from the Republic of Moldova will participate for the first time at the largest science school competition in the world.

Five Moldovan pupils, winners of the Mold ISEF-2013 contest will represent our country at the international final of Intel ISEF, held between 12th and 17th of May, 2013 in USA. Thus, the Republic of Moldova will participate for the first time at the largest contest of scientific projects in the world.

The National Science and Engineering Fair ”Mold ISEF-2013” was organized in the March 23-24 period at the initiative of the Ministry of Education, in collaboration with the Intel Corporation, Kiev, Ukraine representation, and the National Association of Private ICT Companies.

The winners of Applied Sciences category are Alexandru Smolenschi (11th grade) from the Liceul Republican cu Profil Real and Eugeniu Dimitriu (8th grade) from ”Orizont” High School from Chisinau. The Project Coordinator is Igor Evtodiev and the topic of the project is SPARK experimental investigations for environmental engineering and aerodynamics.

The winners of Science category are Vlad Sincari and Anastasia Maslighina (both 12th grade) from ”N. Milescu-Spătaru” High School, Chisinau. The Project Coordinator is Ludmila Baranciuc and the topic of the project is Snow pollution monitoring and environmental impact.

For the contest there were approved 62 individual and group projects. The winners have received diplomas and prizes from companies like StarNet and Moldcell. The jury also accorded an encouraging prize to the youngest participant of the contest Cristinei Dana Boțoroga (7th grade) from ”Onisifor Ghibu” High School from Orhei.

Acting Minister of Education, Maia Sandu, has encouraged the pupils to apply their knowledge and to be ingenious and creative: ’’For me, the creativity in the classrooms is same important as the capacity of reading or writing. For youngsters like you and many others to come after you, we have brought the ISEF contest in Moldova. This is not an ordinary high school contest, it’s the largest scientific contest in the world. Starting with the current year, Moldova will be represented in the international final of the contest to prove that in our schools there is room for creativity and innovation.’’

Also, Tatiana Nanaeva, Regional Program Coordinator at Intel, has spoken to youngsters: “Participation in international competition ISEF is a very good experience for Moldova. We understand and believe that without a change in science and without promoting new technologies, we cannot change the economy. I understand that you are the future of the country, you young researchers.”

The Intel International Science and Engineering Fair (Intel ISEF), the world’s largest international pre-college science competition, provides an annual forum for more than 1,500 high school students from about 70 countries, regions, and territories to showcase their independent research as they compete for over $3 million annually. The Intel ISEF is the premier global science competition for students in grades 9–12. Moldova will join this competition starting this year. 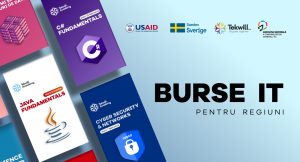 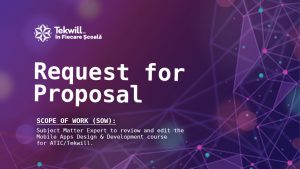