ict.md
/
ATIC News
/
Looking for an agency to run PR and media campaign for the Moldova ICT Summit

If you are interested, please submit your proposals, containing company profile with samples of relevant work, and campaign plan with budget estimates, before February 15, 2013 to Ana Chirita, member of the organization committee, office@ict.md.

Moldova ICT Summit is the leading event aimed to gather all industry stakeholders, including government, business, multinationals, professionals and academia, to discuss trends and challenges facing the ICT industry globally and in the country, and define the roadmap for e-transformation through effective integration of technology. By bringing the cutting-edge global trends and inviting thought leaders, the event seeks to break the barriers, drive innovation and foster higher aspirations at all levels.

In 2013 the ICT Summit will focus on such topics as Cloud, Mobile, Education.

The event will be divided in 3 sections (2 days)

The attendance all sections will be free of charge, but based on invitations or approval of online applications.

The audience intended to be covered by the event PR and media campaign is comprised of several major groups:

The event PR and media campaign has the following goals:

In order to ensure the necessary reach, the campaign should involve Romanian and Russian language media, and should include, but not be limited to:

The PR and media campaign should include 3 stages:

Communication channels and methods should be adapted accordingly.

An Executive Summary of no more than two pages must be provided which describes the manner in which the Vendor proposes to meet Organizers requirements, and clearly and concisely states the major elements of the Proposal.

In addition to the Executive Summary, the proposal should include the following:

A budget should be attached to the proposal. The format of the budget is subject to the Vendor’s choice.

All vendors must agree to keep the quoted pricing in their proposals for a minimum of 90 days after proposal submission.

At this stage, this is expected to be a single stage tender. However, Organizers reserve the right to request for negotiation meetings and/ or a Best and Final Offer, as necessary.

The evaluation of the proposals will be carried out by Organizers on the basis of the criteria specified above.

There is no obligation by Organizers to reveal, or discuss with any Vendor, how a Proposal was assessed, or to provide any other information relative to the evaluation process.

Vendors whose Proposals are not finally selected will be notified in writing, and shall have no claim whatsoever for any kind of compensation.
Organizers reserve the right to:

Organizers also reserve the right to negotiate the terms of the Proposal(s) made by one or more Vendors of its choice, including but not limited to negotiation of the price quoted in such Proposal(s) and/or the deletion of certain parts of the work, components or items called for under this RfP.

Payment will be made against presentation of an invoice in a convertible currency (preferably US Dollars) for each deliverable and subject to Organizers’ acceptance of each such deliverable. Payments can be made by different organizations, members of the Summit organization committee (MTIC, ATIC, CEED II). Any payments by Organizers to the Contractor shall reflect any tax exemptions to which any of the Organizers is entitled by reason of the immunity it enjoys. As regards duties and other indirect taxes, the Contractor shall list such charges on invoices as a separate item and, to the extent required, cooperate with the Organizers to enable exemption or reimbursement thereof.

No party to the Contract shall be responsible for a delay caused by force majeure, that is, a delay caused by strike, lock-out, foreign or civil war, or any other event outside his control, it being agreed, however, that the Organizers shall be entitled to terminate the Contract (or any part of the Contract) forthwith if the implementation of the work is delayed or prevented by any such reason for an aggregate of thirty (30) days. Such termination shall be subject to payment of an equitable part of the Contract sum and/or other reasonable charges.

a. Force majeure, as used in this Article, means acts of God, war (whether declared or not), invasion, revolution, insurrection, or other acts of a similar nature or force which are beyond the control of the Parties.

b. In the event of and as soon as possible after the occurrence of any cause constituting force majeure, the Contractor shall give notice and full particulars in writing to Organizers designated contact, of such occurrence or change if the Contractor is thereby rendered unable, wholly or in part, to perform its obligations and meet its responsibilities under this Contract. The Contractor shall also notify Organizers of any other changes in conditions or the occurrence of any event which interferes or threatens to interfere with its performance of this Contract. The notice shall include steps proposed by the Contractor to be taken including any reasonable alternative means for performance that is not prevented by force majeure. On receipt of the notice required under this Article, Organizers shall take such action as, in their discretion, they consider to be appropriate or necessary in the circumstances, including the granting to the Contractor of a reasonable extension of time in which to perform its obligations under this Contract.

c. If the Contractor is rendered permanently unable, wholly, or in part, by reason of force majeure to perform its obligations and meet its responsibilities under this Contract, Organizers shall have the right to suspend or terminate this Contract. 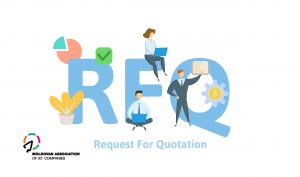 RFQ#ICTEC-2022-001: Supply of a modular production line for mechatronics and Industry 4.0 training 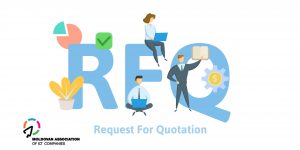